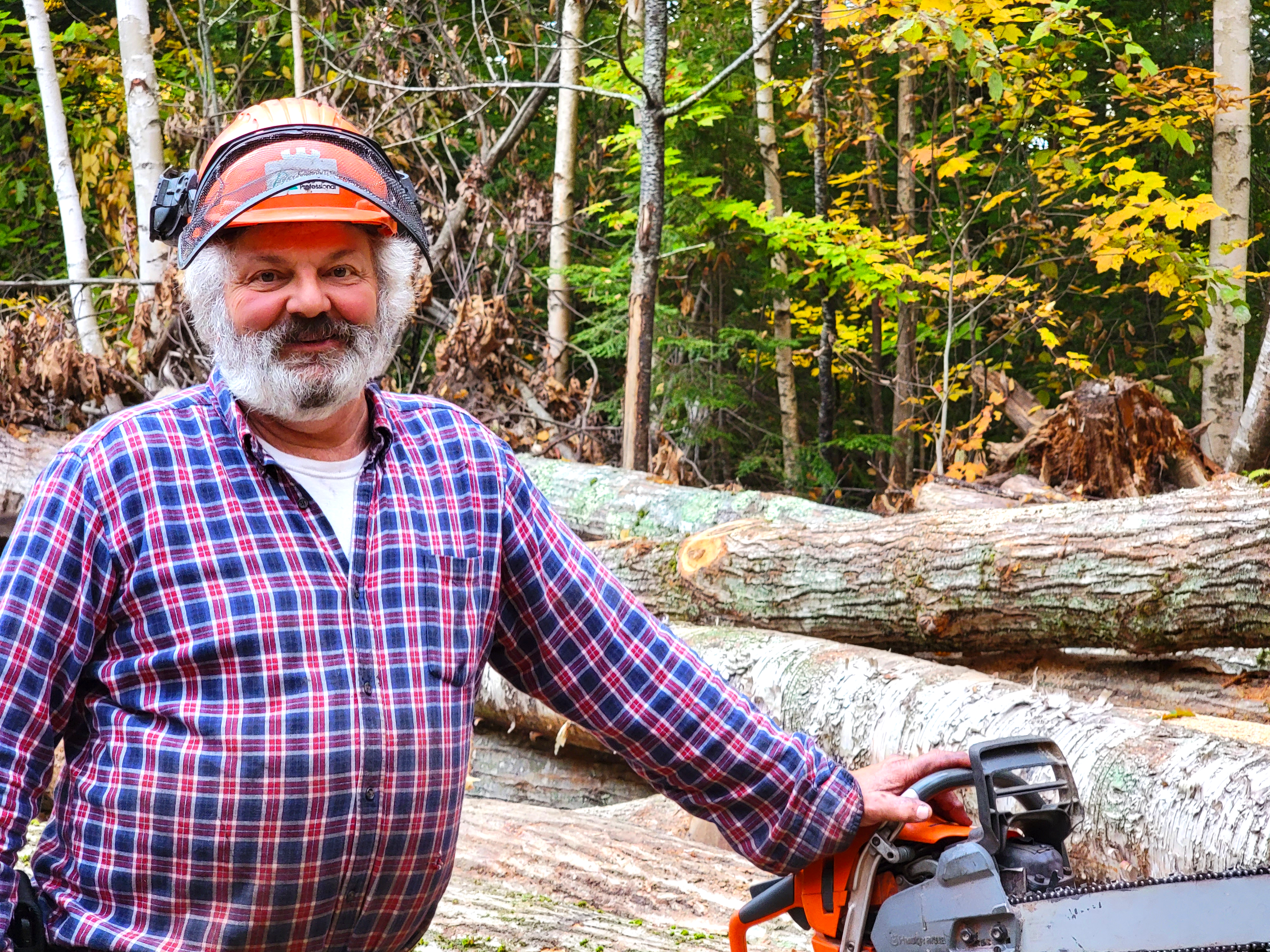 Bill Taylor is a conventional logger in Southern Maine and the current Certified Logging Professional Program Advisory Committee Chair. He has been logging for 45 years, and he began by driving a dump truck on old logging roads. He started working for St. Regis Paper Company and discovered his love for working in the woods. He planted trees and more, then picked up a chainsaw and never put it down! Finally, he found what he was meant to do. In 1981 he started his own company with just a dump truck and never looked back!

He worked with only a tractor for 15 years before he added a skidder. He is an independent operator with no employees in one of the most dangerous industries in Maine.

Bill became a CLP in 1992 when Cliff Foster & Charlie Chandler suggested joining. He is happy he joined because CLP is very safety-minded, and he says it has changed how he cuts wood. He believes in the future of CLP because it is a good safety program, and no other program can match it. Bill encourages young loggers to join CLP to become more safety conscious when working in the woods. He is proud to be a CLP and shares his safety practices with anyone he can. For example, his son-in-law recently asked him to teach him how to run a chainsaw, and Bill said absolutely, once you have all the safety equipment – chaps, hardhat, etc. Safety is what Bill lives and breathes in the woods! 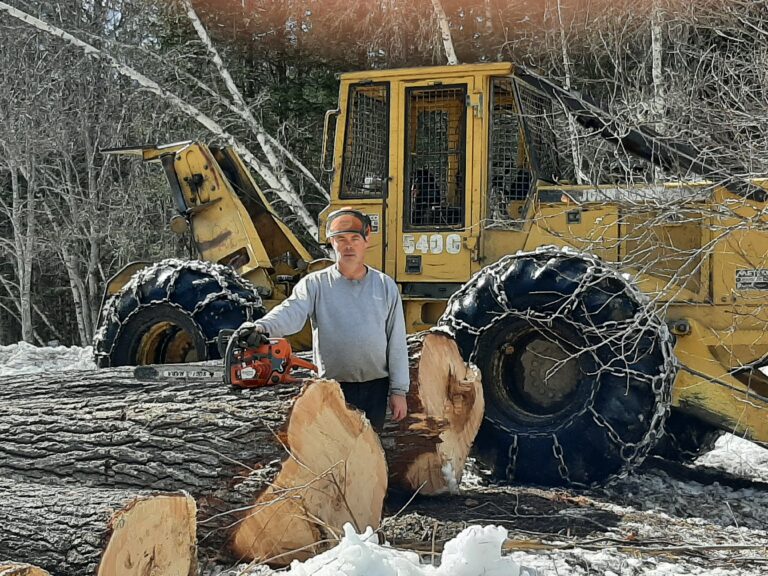 Kirby McCarthy – 2021 CLP Conventional Logger of the Year Recognition in this business doesn’t just fall from the trees. You must earn it. The nominees were submitted for the awards by fellow employees, employers, foresters, and landowners. The winners were chosen by a panel of industry stakeholders, and all must meet and exceed in… 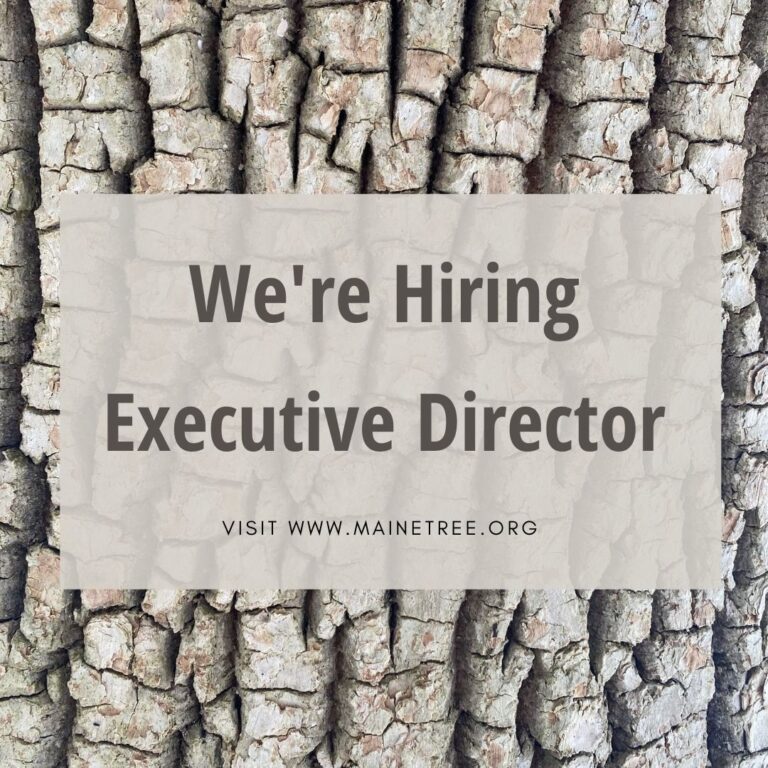 AUGUSTA, Maine, February 2022 – Maine TREE Foundation, an Augusta-based non-profitfocused on environmental education, announces the search for a new executive director. This vital organization educates and advocates for the sustainable use of the forest, and theecological, economic, and social health of Maine’s forest community. Now in its 33 rd year, Maine TREE is the sponsor of… 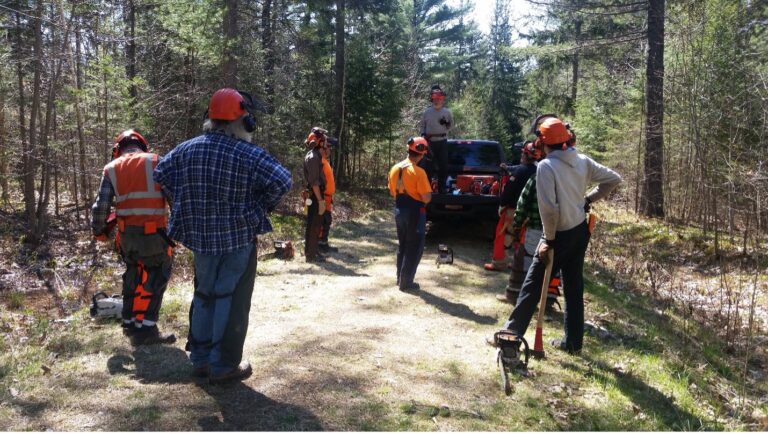 Steve Laweryson providing conventional loggers information for the recertification session held at the University of Maine Forest in May. The Certified Logging Professional Program completed a successful Spring training season. Through 10 in-person and six virtual sessions, we recertified 262 loggers this Spring. In addition, three Initial Certification classes were held in Skowhegan, Lincoln, and Fort Kent… 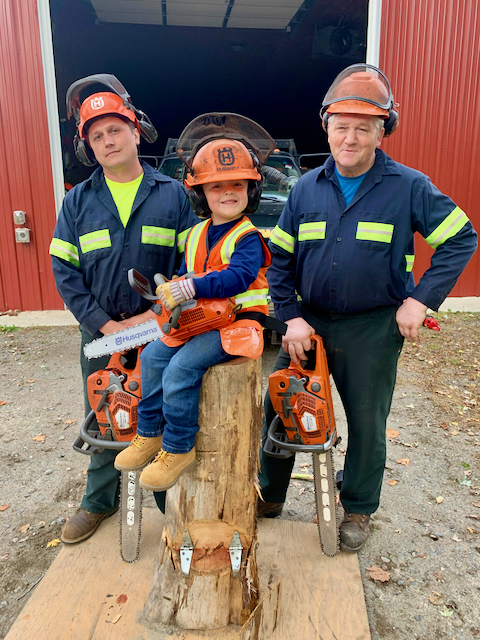 After watching her grandson attempt to cut down apple trees and nearby utility poles with his toy chainsaw, Roberta Berry knew something had to give.  That’s when she turned to her husband Ed, a Certified Logging Professional since 1996, and asked, “why don’t you teach him the correct way to cut down a tree?”  If… 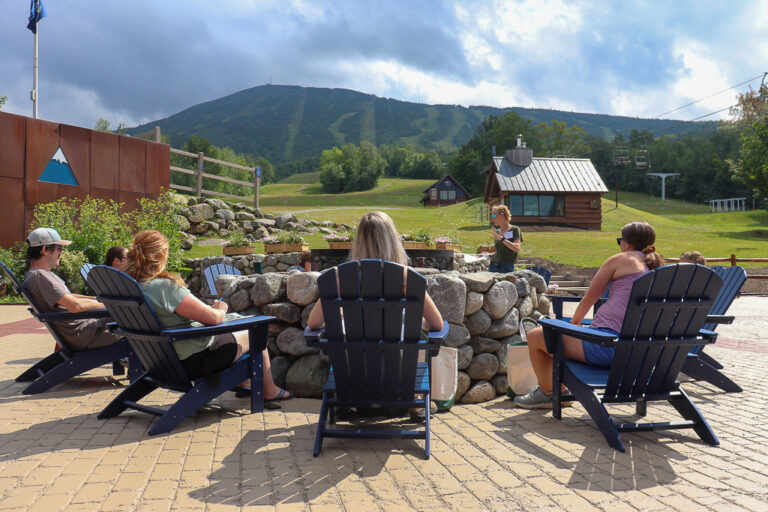 Our first Forests of Maine Teachers’ Tour of 2022 began on July 12 at the Sugarloaf Mountain Hotel. Seventeen educators from throughout Maine joined us for an immersive four-day tour led by Maine TREE’s Executive Director Logan Johnson, Director of Education Lena Ives, and Project Learning Tree (PLT) Facilitator Lindsay Strout. We spent the first…

The Certified Logging Professional program’s spring schedule is now posted and registration is open! Click the button below to find the initial certification and recertification class schedule.