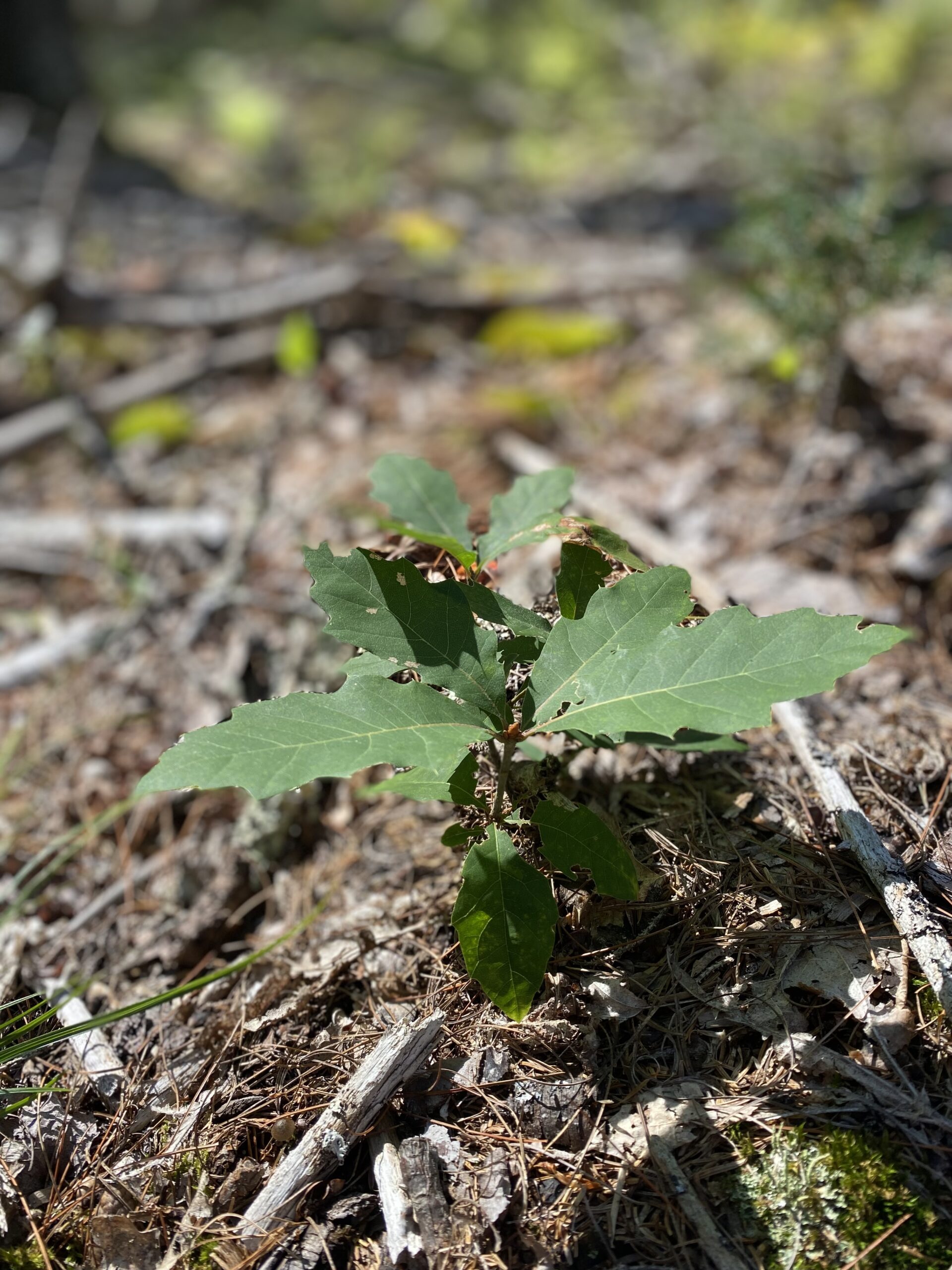 Maine TREE’s Holt Research Forest (HRF) is home to over 30 years of long-term ecosystem research. Scientists and collaborators have investigated many research topics spanning from mature tree growth to seedling regeneration to wildlife. Throughout the years, these long-term data sets have been the basis for multiple scientific publications, but also yield information pertinent to Maine’s small woodland owners and the general public alike.

One such study has been a tree regeneration survey, upheld since 1986. This survey has traditionally been conducted in 1m2 fixed plots throughout the study area, where every seedling and sapling of proper size (less than 1.5 cm in diameter) are tallied by size class (height). The data about oak (Quercus spp.) regeneration within these plots from 1986 – 2019 is seen on the top graph below, with different size classes indicated by color. Along with quantifying regeneration, HRF staff have conducted annual seed counts in the same study area as the regeneration survey. In 2010, a great number of acorns were produced by mature trees (what is called a “masting year”), which led to the significant upswing in regeneration that peaked in 2011.

At HRF, another topic of interest over the last few decades has been the impact of deer browse on oak regeneration. Oak seedlings are a preferred food choice for white-tailed deer, and for areas with increased deer populations – this can have devastating impacts on regeneration. As such, fewer seedlings survive to develop into mature trees, which has large implications on the overall forest ecosystem functioning and wildlife populations that live there.

When looking at the graph above, the impact that deer browse has had on the oak regeneration within HRF is evident. While there was a surge in regeneration in 2011 due to the acorns produced in 2010, in the following years, the number of oak seedlings and saplings declined rapidly as deer browse killed off the small trees.

As scientists look to the future for oak in Maine, another set of disturbance factors to consider is climate change impacts. Droughts, flooding, ice, changing temperatures, and disease and insect outbreaks associated with climate are some of the factors that woodland owners need to consider when developing adaptive management plans. For example, according to the U.S. Forest Service, northern red oak is more adaptable to altered temperature gradients and drought (meaning it may handle these changes well) but less adaptable to flooding, pollution, ice, insects, and invasive plants. Thus, it is important to continue researching the impacts of climate change on regeneration patterns and how this may influence the structure and composition of Maine’s forests in the future.

Special thank you to Jack Witham, Associate Scientist Emeritus, and the many HRF summer interns involved in the collection and organization of the data presented in this article.

There are a lot of threats to Maine forests — fragmentation, poor forestry practices, development, imported and native pests and diseases . . . and invasive plants. Plants like “burning bush,” famous for its red color. Or the distinctive “Crimson King” Norway maple. Or the common privet. Plants that have graced Maine lawns and gardens… 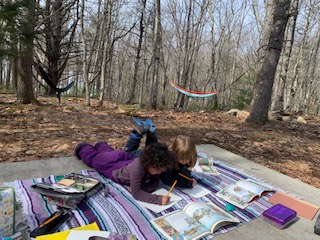 By Kaylee Trefethen Two Kindergarten girls and I have been very fortunate to spend time in Maine TREE’s Holt Research Forest during the end of winter and early spring. I help homeschool the girls while we learn and explore in different wooded spaces around the Mid-coast area. We spend most of our time playing and…