It’s safe to say that things have changed since the 1970s and 1980s, when the spruce budworm last ravaged the northern Maine woods.

The forest has changed hands, some parcels many times. The state’s woods products and paper industries have suffered severe blows — mills have closed and thousands of jobs evaporated. Then, there is technology, which has changed not only the mills that are left, but how people communicate.

The budworm — think of it as the main character from the movie Jaws, just in tiny insect form — is now poised to make its cyclical comeback. Over the next few years the ravenous larvae of a nondescript moth are likely to chomp their way through vast acreages of Maine spruce and fir forest, leaving swathes of rust-red dead and dying trees.

A task force of forest industry officials, academics at the University of Maine foresters at the Maine Forest Service, and others are taking the lead on efforts to inform the public about the moth’s effects on the forest and what happens after it arrives. This month they unveil a new website — SpruceBudwormMaine.org — that will be a centerpiece of their communications effort. Because, well, times have changed.

The spruce budworm is actually a moth of the genus Choristoneura.  There are perhaps as many as 40 species in North America and that many more in Eurasia. It is considered the most serious pest of spruce and fir — trees that are used for everything from framing lumber to writing paper to facial tissue.

Budworm Moth and LarvaeIt’s actually not the moth, a tiny gray and brown insect, that does the damage, but their larvae, which awaken in the spring and eat the newly opening buds. After three to four years, a heavily infested tree will die. The spruce budworm is a cyclical pest, its populations rising and falling as balsam fir and white spruce, its favorite foods, mature. Every 35 to 40 years an outbreak occurs, with millions upon millions of moths blanketing the woods and laying eggs that will hatch into voracious worms.

That last outbreak reached its peak in Maine in the 1970s. The worms killed millions of acres of trees across eastern North America. As the worm ravaged the woods in the late 1970s and into the 1990s, the state responded with a massive aerial pesticide spraying operation and corresponding massive clearcutting operations to salvage the dead and dying trees. The result was not pretty. Not on the ground or in the body politic.

Looking back, it seems obvious what went wrong. It could be summed up in the famous line from the 1967 Paul Newman film, Cool Hand Luke: “What we have here is a failure to communicate.”

“A lot of the problems in the 1970s came from poor public communications,” said Robert Wagner, a professor in the University of Maine’s School of Forest Resources and a member of the state’s Spruce Budworm Task Force. “The paper companies thought they could do what they wished and didn’t have to listen to anyone when it came to salvage logging, etc. It generated tremendous public controversy, led to the Forest Practices Act and three referendums on clearcutting. So much of that can be tracked back to a lack of communication.”

In 2007 a budworm outbreak began on the north shore of the St. Lawrence River in Quebec and has since spread to the south shore. Scientists are warning that the outbreak could bloom in Maine in a few years.

With that very real threat in mind, the Task Force has been working on plans for dealing with the next outbreak. Key among the issues, said Wagner, is communication. Communication with anyone and everyone: politicians, teachers, municipal leaders, environmental groups and indeed “any group that would have a unique interest not only in the budworm damage itself, but the impact on forests and how forest managers are going to manage the forest for budworm damage,” he said.

And key to that communications effort is a website and, you guessed it: social media.

Wagner said the Task Force, and its communications subgroup, “very much view the website as the pivot point, the hub of the effort” to get information to the public. “We need one place where people can go to see the same information and a place we can can post updates,” he added. “It’s going to be crucial. People are going to be driving through the North Woods and seeing lots of stands of spruce and fir dead, bright red, or salvage operations. And the first place they will go to get information is a website.”

In Canada, where the current outbreak has been ongoing now for years, Natural Resources Canada has a very informative website. The Task Force initially toyed with the idea of simply partnering with the Canadians on the web effort, but finally decided they needed a Maine-centric site.

And then it came down to who was going to host it. A bigger issue than you might think, since the public imbues different players with different motives. The choice: the University of Maine. “Surveys show that every time the most trusted source of information on forest resource issues was the University of Maine,” said Wagner. “It’s viewed as a more objective source of information.”

A lot of thought also went into how to build a website that would work for a variety of users and be easily updated as the outbreak unfolds over the next several years. Keep in mind that the budworm has only recently begun to show up in Maine and no defoliation is observable thus far.

Meg Fergusson of the University’s Center for Research on Sustainable Forests, who has been building the website, said communications team members are confident the new site provides information needed about the budworm’s life cycle, the historical backdrop to the coming outbreak, and potential impacts. It also includes interactive maps about the outbreak’s status and citizen science being done to monitor the spread of the insect.

“While our hope is that it is easily navigable for most users, we have also tried to build in substantial links for those — public, scientists, environmentalists, tourists,etc. — who are interested in digging deeper,” she said.

The need to keep the site fresh was addressed by an interactive Q&A on the site. Users can also request experts to speak on the subject at events and conferences. Then there’s a linked Facebook page, Spruce Budworm Maine, where the latest news can be shared.

New pages will be added to cover things such as where logging or spraying occurs, links to studies looking at how effective spraying is, and lesson plans for teachers, Fergusson said.

Sherry Huber, the executive director of Maine TREE, a non-profit that works to educate teachers and others about the Maine woods, said “the Communications Committee thought that an easy-to-connect-to website would be helpful to many environmental organizations, as well as the general public, in sharing accurate information about the budworm problem.  We also wanted to make it easy for people to ask questions and get connected to knowledgeable experts.”

Canadian Spruce Budworm DamageThe Task Force’s outreach efforts will also include more traditional, time-tested practices of getting information out, such as press releases, contacts with reporters, and exhibits at fairs and festivals, said Wagner. And, that’s a good thing, because websites have their limitations. Not the least of which is that people are unlikely to just stumble across them.

“It’s a place to send people,” said Kevin Doran, a natural science educator with the Maine Forest Service. “I don’t think by itself people are going to flock to the website, unless it’s somehow impacting them. Say that people up north start seeing their softwood trees turning red, they might turn to Google. The hope is that when they put in their question that the spruce budworm website is going to pop up. The hard thing is that people really aren’t interested until it impacts them.”

Joe Rankin is a writer on forestry, nature and sustainability. He lives in central Maine. 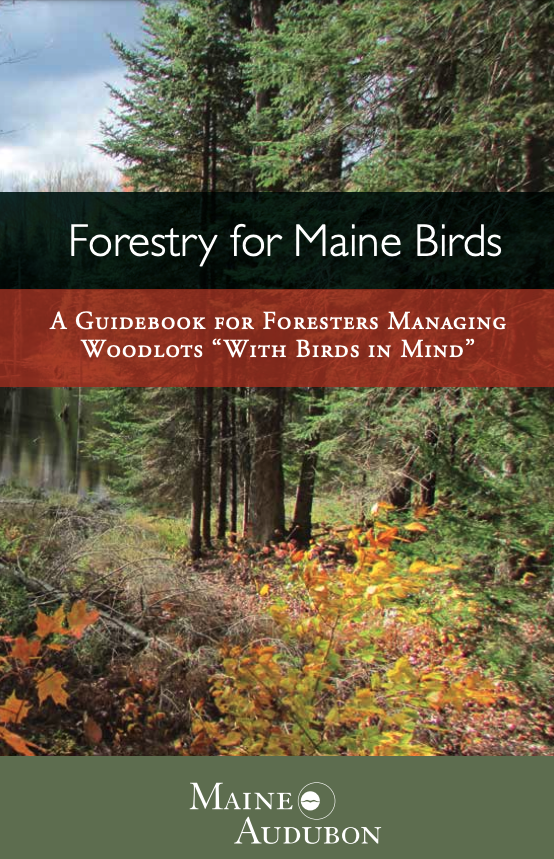 People have been gluing up wood for thousands of years. Prehistoric peoples bonded spear points and ax heads to wood with glue. The ancient Egyptians 5,500 years ago figured out how to make veneer.  Plywood is old hat: invented the year the American Civil War ended. After World War II chemists and engineers figured out… 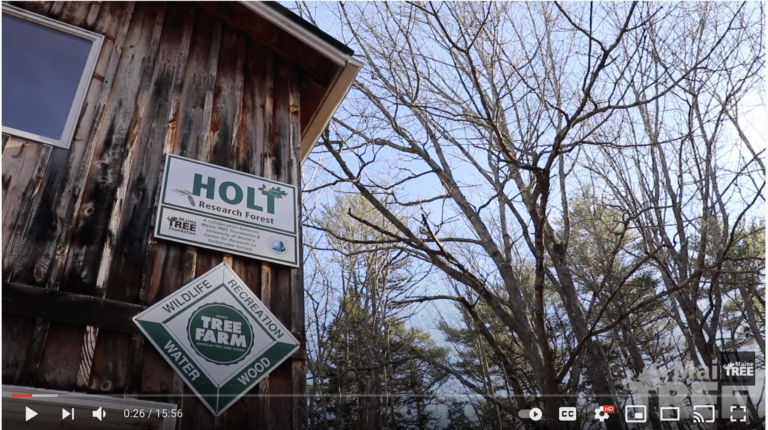 Years ago I planted an American elm in my yard. I was creating what my wife likes to call an arboretum on the handful of our 75 acres that weren’t already trees. I wanted an elm. It was one of the cultivars said to be resistant to the deadly Dutch elm disease. It’s now about…