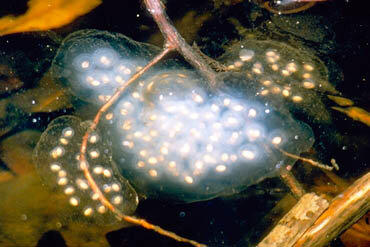 It’s an election year in the United States, and even more attention than usual has been focused on the legislative and executive branches of government. Not to be outdone, salamanders in Maine have just adjourned their congress.

Evidence of the gathering can be found throughout Maine in vernal pools — natural depressions in the forest that are filled with snowmelt and rainwater in spring, but eventually dry out and contain no fish. Instead of campaign buttons and silly hats, however, the salamanders have left behind a far more important legacy: The seeds of life for a new generation.

The gathering of the salamanders was held eight or 10 weeks ago, on the first warm, rainy night of spring. After spending the winter hibernating belowground, tens of thousands of the creatures awoke and traveled as much as several hundred yards through the forest to the pools where they were born.

The males usually arrived first. They formed groups (which are indeed called “congresses”) and began a mating dance. As many as 100 writhing salamanders might have woven around each other on the bottom of a single pool, eventually depositing their genetic material in packets called spermatophores. They then tried to entice females to insert the packets, which look like bread crumbs or grains of rice, into their vents to internally fertilize their eggs.

After fertilization, the eggs were laid in a clear jelly, often attached to vegetation, below the surface of vernal pools. With their candidates for survival of the species chosen, the congress ended and the salamanders returned to their solitary existence on the forest floor.

Mature salamanders, although numerous, are seldom seen. They usually remain hidden beneath leaves and rotting logs during the day, venturing forth at night to find worms, slugs and small insects to eat.

The presence of spotted and blue-spotted salamander egg masses are two key indicators that a water-filled woodland depression is a “significant” vernal pool — one that qualifies for protection under Maine law. Wood frog eggs and fairy shrimp are two others.

Not long ago, a wildlife biologist pointed out the presence of all four species in a vernal pool in the central Maine town of China. “This is a good pool,” said Philip deMaynadier, leader of the reptile, amphibian and invertebrate group at the Maine Department of Inland Fisheries & Wildlife.

According to deMaynadier, vernal pools are ideal breeding and feeding spots for a variety of woodland creatures, particularly amphibians, which spend some of their lives in the water and the rest on land.

“The dry-down hydrology is a key driver of what makes the fauna [in a vernal pool] distinct. Typically, these species only occur in low predator-density systems,” said deMaynadier, who is co-author of “The Science and Conservation of Vernal Pools” with University of Maine professor Aram Calhoun.

Wood frogs and salamanders live most of their lives in the forest, but return to vernal pools to breed. The eggs and tadpoles of these amphibians develop in the pools until they mature and can disperse into nearby woods. With luck, their development is completed before the pools dry out.

Fairy shrimp can also be found in the pools. The small crustaceans — which resemble “sea monkeys” — are no more than 1.5 inches long. In some years, they are numerous, in other years nonexistent.

Fairy shrimp spend their entire lives in the water, feeding on algae and other plant and animal matter. They develop rapidly, and produce one or more generations of offspring.

The adults die when the pool dries out, but their “winter” eggs are made to tolerate freezing and drying. The eggs remain in the pool’s depression and hatch in late winter or early spring, when it again fills up with water.

There are an estimated 100-200 vernal pools per township in southern and coastal Maine, according to deMaynadier. But development pressure is causing the loss of such pools at a rapid rate. To address that loss, “significant” vernal pools were given legal protection last year.

According to deMaynadier, vernal pools pump nutrients into surrounding woodlands, as species that breed in the pools become food for larger amphibians, snakes, birds, raccoons, coyotes and a host of other creatures.

Vernal pools have been the topic of a growing body of research in the last 15 years. A study in Massachusetts found that the combined weight of the salamanders, frogs and other creatures that came to breed in a vernal pool was greater than the weight of all of the birds and mammals on 50 acres surrounding the pool.

It’s a moveable feast — one that plays a key role in the life of the forest.

For more information about vernal pools and the species that breed in them, visit University of Maine Wetland Connections at www.umaine.edu/wetlands/vernal.htm, or The Vernal Pool Association at www.vernalpool.org/vpinfo_1.htm.

In the 1920s, Yale University produced a short film on salamander development. To view it online, visit www.archive.org/details/Developm1920.

New composites, nanocellulose coatings, liquid fuels are on the horizon By Joe Rankin Forests for Maine’s Future Writer Dwane Hutto is obviously enjoying himself. He has just described a fairly complicated chemical process that started with ground up trees and produced a dark liquid in a vial that he holds high so everyone can see… 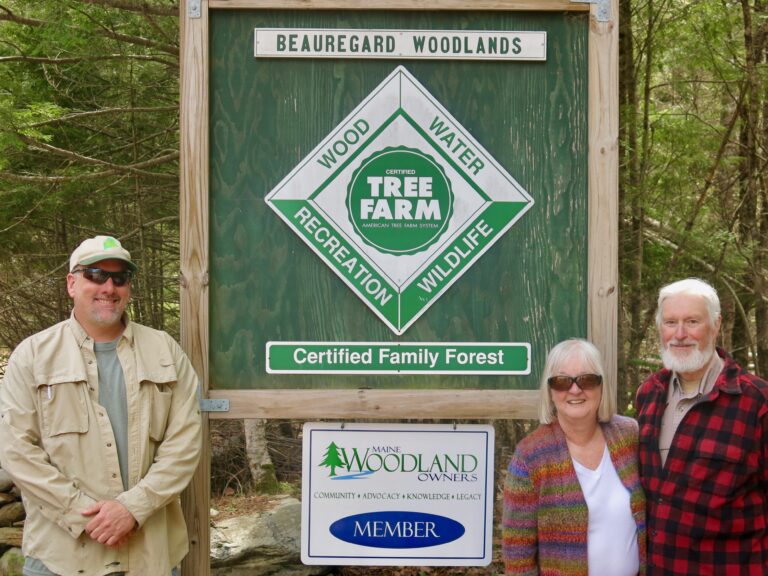 Beauregard Woodlands Old Town, Maine Saturday, May 7, 2022 9:00 am – 12:00 pm Co-Sponsored by Maine Woodland Owners, Maine Department of Inland Fisheries and Wildlife, and Maine Tree Farm. Join Chuck Hulsey, Wildlife Resource Supervisor, and others for a field tour of Beauregard Woodlands.  We will present a number of silviculture practices that help…

Fresh from the Woods Author Tom Wessels stands on a pile of stones in Brooks that may conceal the foundation of an early dwelling. Tom Wessels reads complex stories written into the forested landscape By Andrew Kekacs The highlight of the day came just a few minutes into the talk. Tom Wessels, author of “Reading…