Author Tom Wessels stands on a pile of stones in Brooks that may conceal the foundation of an early dwelling.

The highlight of the day came just a few minutes into the talk. Tom Wessels, author of “Reading the Forested Landscape: A Natural History of New England,” had just shown a slide of a ring of chestnut stumps, each perhaps 12 inches in diameter.

The chestnuts were cut about 95 years ago, Wessels said. But he encouraged the audience at Newforest Institute in Brooks to look closer.

The stumps were growing in circle more than 5 feet in diameter. There was only once reason for that, he said: These trees sprouted from the stump of a far older tree — a true giant of the forest — which probably was alive before Columbus discovered the New World.

With one slide, Wessels made a well-reasoned guess about the history of one small patch of forest for most of 600 years.

That’s the joy of Wessels, and “Reading the Forested Landscape.” He’s a cross between Aldo Leopold and Sherlock Holmes. He starts with evidence that we can all see and uses it to make well-reasoned guesses about the past – in some cases, the fairly distant past.

And then there’s sheep fever.

Many lifelong New Englanders have never heard of the sheep boom that transformed the region in the first half of the 19th century. As Wessels tells the story, Merino sheep were developed on the Iberian Peninsula. Their exceptionally soft wool was the envy of the world. To protect its corner on the market, Portugal forbade the export of live Merinos. When Napoleon conquered Portugal in the early 1800s, however, the embargo fell and the first 4,000 Merino sheep were imported to Vermont.

Tom Wessels’ excitement about natural history was obvious even before he reached the forest.

The power loom came into wider use at about the same time. The two events quickly made central New England the wool and textile capital of the world. According to Wessels, the region went from being 30 percent cleared in 1810 to 80 percent deforested in 1840 — a tremendous reduction in forest cover — while the sheep population exploded to 4 million.

Though centered farther south, the boom extended all the way to Maine, transforming the landscape and the economy of the entire region.

Much of the land that remained forested was set aside for the production of firewood, according to Wessels. Inefficient fireplaces and woodstoves, couple with little or no insulation, meant the average farmhouse burned 25 cords of wood every winter. The largest homes could burn 70 cords, he said.

The sheep boom turned to bust in 1840. Overgrazing took its toll, resulting in widespread erosion, according to Wessels. Then the railways opened up new lands in the West, beginning a massive exodus of farmers to places like Ohio.

The railroad also brought new opportunities for the remaining farmers. They now had access to inexpensive Midwestern grain, and the ability to ship perishable products quickly to urban markets like Boston. The New England dairy industry was born.

But sheep fever had already left its mark on the landscape, according to Wessels. In that short span of years, some 125,000 miles of woodland stone fencing was laid. If all that rock was piled together, he said, it would be seven times as massive as all the pyramids combined.

Stumps, stone walls, cellar holes and other evidence of past human activity help Wessels to unravel the complex stories that are etched into the New England landscape. Founding director of the master’s degree program in conservation biology at Antioch University New England in New Hampshire, he has given dozens of workshops on the topic over the last 30 years.

In Brooks, Wessels talked about “pillow and cradle” topography, the earthen mounds and depressions that characterize land which has never been plowed. He described the different uses for stone walls, and how the kind of rocks found in them can help to determine whether the adjacent land was used for hayfields, pasture, crops or firewood. And he spent a lot of time on stumps.

This stilt-rooted tree sprouted on the stump that is gradually decaying beneath it.

“Stumps of conifers can last more than 50 years if they are large and sound,” said Wessels, who noted the progression of decay in a stump offers good clues to how long ago it was cut. “Most hardwood rots completely and uniformly, and is gone in 30 years … but if you find a stump with a hollow center and intact bark, you are probably looking at white oak, black locust or American chestnut. Those stumps can last more than 100 years.”

Even after the stump disappears, there may be a shadow of its passing in the stilt-rooted trees that sprouted long ago on the decaying stump that nursed them.

Maine is now the nation’s most heavily forested state, but it was once much more open. Even before sheep fever, settlers cleared land for grain such as wheat, barley and flax. Flax was especially important, as it provided not only grain but fiber used to make linen. It took about two acres of flax to make one twin-sized bed sheet, according to Wessels.

“Most farms had 10 to 20 acres in grains,” he said. “Imagine clearing this whole area with an axe, and using farm animals to move rocks. The physical labor involved was orders of magnitude more difficult [than we are accustomed to today].”

The clearing of land also brought to the surface – literally – the stones for which New England is famous. When the land was forested, tree roots kept stones buried. After clearing, however, repeated cycles of freezing and thawing caused rocks to work upward through the soil.

From an ecologist’s standpoint, Wessels said, the introduction of chestnut blight was probably the most devastating event in the Eastern forest since the retreat of the glaciers about 10,000 years ago. When the blight arrived from China around 1904, American chestnuts were the most common tree in East. With trunks up to 14 feet in diameter, chestnuts could grow 200 feet tall, according to Wessels. They produced the most edible nut in the forest.

“Another thing lost was the most remarkable den trees,” he said. “Chestnut was a veritable apartment complex for wildlife.”

Still, forests grow back. Wessels’ story is, ultimately, about the ways that the forested landscape adapts to the pressures that humans put on it. 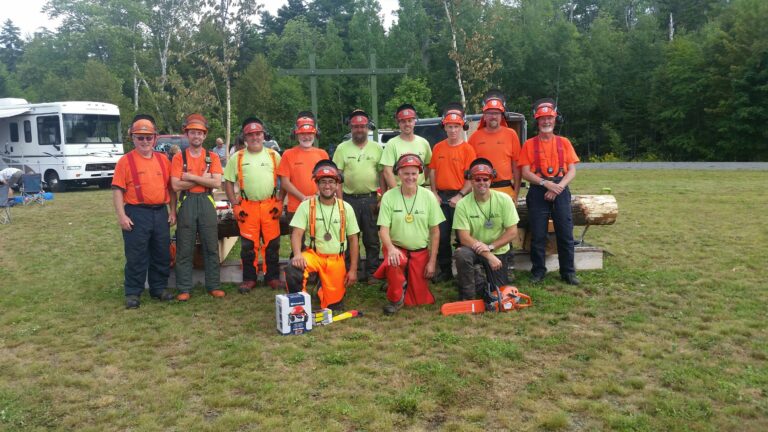 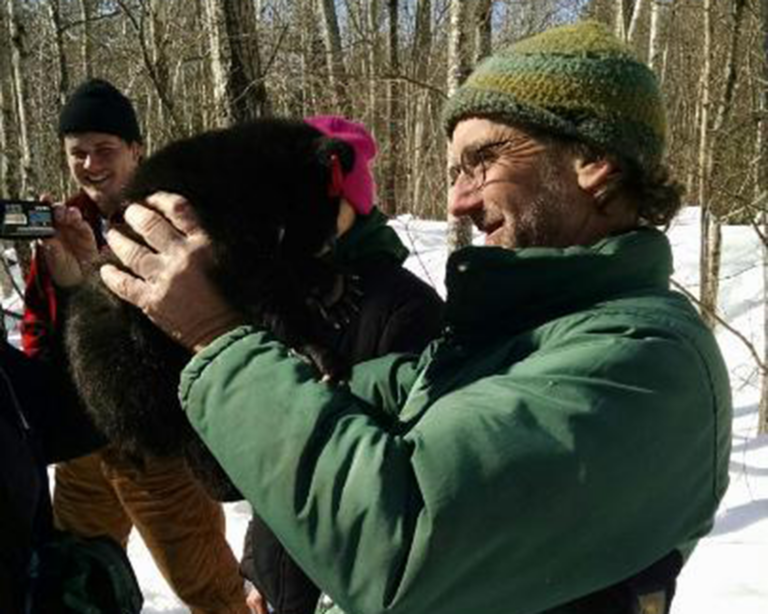 Maine TREE Foundation is pleased to announce that we have brought a well-known name in forest education onto our team on an interim basis to support Project Learning Tree. Tom Mullin will serve as our Project Learning Tree Associate as we begin the search for a new team member to lead our educational efforts. He…

By Joe Rankin, published August 2016 Much of the southern half of Maine is dry. Really dry. Lawns brown. Gardens struggling. Wells drying up. Things are bad on the rainfall front and in early August the forecasts weren’t looking good for rain. The U.S. Drought Monitor for Aug. 9 said the southern tip of Maine…