When it comes to good timberland management, spreadsheets and computer models only go so far. To go beyond you have to listen to the land, says Prentiss & Carlisle president Donald P. White.

“The ground tells you what it will grow and how it will grow it, when is the right time to harvest, what the harvest ought to be, depending on the stocking of the land,” he said in a recent interview.

White said his company uses the latest in GIS systems and software to help determine what and how to cut. It has five-year plans for each parcel it manages.

But when it comes right down to it, it’s the forester walking the ground that is the key to its success.

“We’re a bottom-up organization, the foresters that get the job done are very much empowered to do the right thing,” White said. “It’s science and boot leather. The combination gets you a really good result.”

On Oct. 7 the Bangor-based company was honored with the prestigious Austin Wilkins Award for Forest Stewardship.

White and Prentiss & Carlisle Chairman David M. Carlisle accepted the award from Gov. John E. Baldacci at a Blaine House ceremony. The award is given by the Maine Department of Conservation and the Maine TREE Foundation.

During the 6th Wilkins award ceremony Baldacci said that Prentiss & Carlisle‘s “longstanding commitment to sustainable forestry embodies the sentiment of this award completely.”

Maine Forest Service Director Alec Giffen told the 50 people who attended the ceremony that Prentiss & Carlisle was a critical player in the Keeping Maine’s Forests initiative to develop a “shared vision” for the future of the state’s timberland.

Carlisle said he was “very, very proud and very honored” to accept the award on behalf the company’s clients, managers, and, especially, its foresters.

In his remarks White, the company’s president, also singled out the company’s foresters as a special reason for its growth and success. He said they view the land they manage as theirs, and it’s that relationship with the land that produces exceptional forestry.

Prentiss & Carlisle’s roots in the Maine woods go back to the mid 1830s. The company itself has existed since 1924.

It has seen wood prices rise and fall. It has seen recessions and depressions come and go. It has seen wars begin and end. It has seen the ax and bucksaw give way to the chainsaw which in turn gave way to the feller buncher and the forwarder. It witnessed the end of the river drives and the advent of trucking. And it continues to harvest trees.

Today Prentiss & Carlisle has 80 employees, owns some 110,000 acres of Maine timberland and manages 1.5 million acres in Maine, the upper Midwest, and Quebec.

It offers a comprehensive portfolio of forest services, from resource management to consulting, appraisals, woodlot services, marketing, and timberland operations.

The Wilkins Award was named after Maine’s longtime forest commissioner, Austin Wilkins, who was its first recipient in 2004.

It recognizes exemplary forest management with an eye to sustainability and preserving the environment. Some 750,000 acres of Prentiss & Carlisle’s timberlands are certified for forest stewardship by an independent company.

Conservation Commissioner Eliza Townsend said that “good forest stewardship is both a skill and an art that takes years of professional focus and dedication to accomplish.” She added that Prentiss & Carlisle has made a “distinguished contribution” to the managing of Maine’s most valuable resource, its forestlands.

The company’s history dates back to the 1834 arrival of Henry Prentiss in Bangor. By 1906 the Prentiss family owned 90,000 acres.

Prentiss & Carlisle by the numbers

February 2011 By Joe Rankin Mention maple syrup season and the image that leaps to mind for most people is straight out of a Norman Rockwell print: metal buckets, old Dobbin pulling the sleigh, a weathered sugar shack in the moonlight, and steam billowing off the old wood-fired evaporator. These days, the picture is likely… 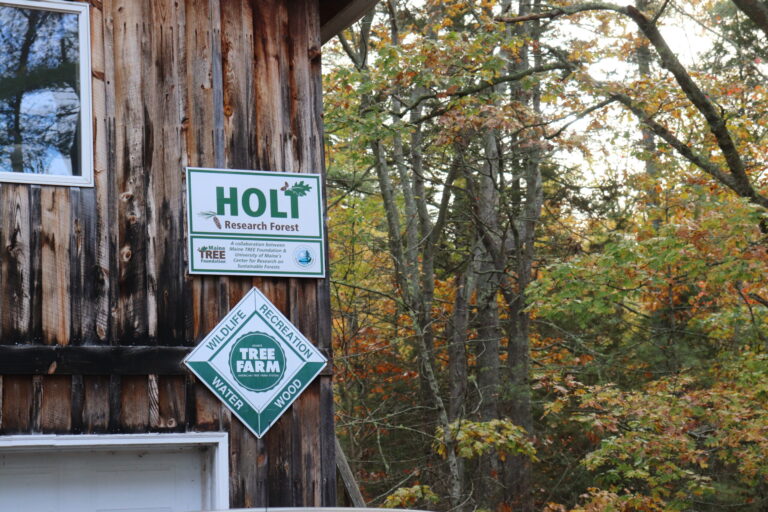 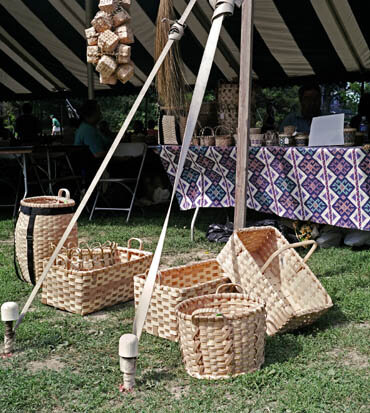 Wabanaki ash baskets are displayed outside a tent at the Native American Festival at the College of the Atlantic in Bar Harbor. (Photo by Ethan Andrews) By Ethan Andrews Originally published on Forests For Maine Future website on October 4, 2010. Updated February 13, 2022 The expected arrival of an invasive beetle that kills ash…