To prove they are resistant, hybrid chestnut trees growing in Weeks Mills were inoculated with two strains of this fungus in late June.

This is a story about staggering loss — the kind of loss that leaves a community or an ecosystem changed in ways that are almost impossible to fully assess.

It’s also a story about adaptability, as the living find new ways to survive despite the loss.

Finally, it’s a story about recovery — the possibility that several decades in the future, efforts to overcome the loss will restore what was once a vastly important part of the web of life in the eastern United States.

The tale revolves not around a human, but around a tree — the American chestnut. There is scant evidence of it now, but at the start of the 20th century, chestnuts were the most common tree in the East. They were the largest and longest-lived species in the forest.

How significant was the chestnut? According to The American Chestnut Foundation, the tree dominated more than 200 million acres from Maine to Florida, westward to the Ohio Valley. Within that range were an estimated 4 billion American chestnuts, one in every four trees in the forest. In Maine, chestnuts were found from the New Hampshire border almost to Millinocket.

Not only was the chestnut widespread, it was exceedingly valuable. A mature tree was said to produce three times the amount of nuts as a similarly sized red oak. The nuts were also higher in protein and rich in carbohydrates.

Millions of bushels of nuts once rained down on the forest each fall from those 4 billion trees. That made chestnuts the single most important food source for creatures from birds to bears. Rural communities also relied on the nuts, both for local tables, to sell in the cities and to use as livestock feed.

In addition to being used for food, chestnuts were an important source of wood products. The wood is straight-grained and easily worked, according the The American Chestnut Foundation, as well as highly rot resistant. It was used for fence posts, railroad ties, and in home and barn construction, as well as for fine furniture and musical instruments.

The reign of the chestnut came to a frighteningly rapid end, however. Beginning at the Bronx Zoo in 1904, an Asian fungus spread quickly through the East. In less than 50 years, almost nothing was left of the vast chestnut woods except for the sprouts that continued to rise from the old trees’ roots.

The forest, and forest-dependent communities, adapted. Human turned to other species for lumber; wildlife made do with acorns, beechnuts and other seeds. Populations of bear and other wildlife affected by the die-off stabilized, at least in Maine where there were still millions of acres of forest.

American chestnuts had almost no resistance to the fungus. However, a tiny fraction of the trees escaped infection, whether because of isolation, a small degree of resistance or luck. In 1983, a group of plant scientists formed The American Chestnut Foundation in an attempt to bring the species back from the brink of extinction.

The chestnut blight was imported to the United States on Asian chestnut trees, which are highly resistant to the fungus. Spores from infected trees become airborne, and the blight enters healthy trees though wounds, and also through the cracks that are typical in chestnut bark. The fungus forms a canker and chokes off the flow of nutrients, quickly killing the tree.

Even before national efforts to restore the chestnut took shape, Maine residents had launched their own crusade to restore the tree. Welles Thurber of Belfast was one of the founders.

His interest was sparked almost three decades ago by a lecture at the University of Maine, where Thurber was studying forestry. The instructor was talking about endangered species, but he never even mentioned the American chestnut.

“I knew of a stand of chestnuts in the Nature Conservancy’s Harkness Preserve [in Rockport],” said Thurber, who was troubled by the professor’s omission. “I became the grove manager, and learned to grow out the seed.

Thurber is a vocal proponent of the chestnut. “It’s the designer tree,” he said. “Rapid growth. Vigorous stump sprouting. Perfect form. Rot-resistant lumber. Easily worked yet strong … and an annual bearer [of nuts]; wildlife could always feed at chestnut trees. The carrying capacity of the forest dropped in a very dramatic way [after the blight].”

Thurber worked quietly for more than a decade, using standard plant breeding techniques to try to develop a blight-resistant strain of chestnuts. In the mid-1990s, the Camden Herald wrote a story about his work in the Midcoast.

Eric Evans of Camden was one of the people who read the article. Evans was introduced to the tragedy of the chestnut as a Boy Scout in the Blue Ridge Mountains. It was around 1960, he said, when he wandered away from a campsite and stumbled on the remnants of a grove of chestnuts.

“There were standing trunks that looked like a field of telephone poles,” said Evans. “When I got back to the cabin, I noticed more stumps with sprouts around them. I identified them in a tree book, and I read there was nothing left of chestnuts but stump sprouts. That made quite an impression on me.”

Volunteers collect data about the size and health of trees growing in all 12 orchards managed by the Maine chapter of The American Chestnut Foundation.

Thurber, Evans and a small group of other chestnut enthusiasts formed the Maine chapter of The American Chestnut Foundation in 1998. In just 10 years, the chapter has grown to about 150 members and 12 breeding orchards.

“Our goal, simply stated … is to restore the American chestnut to former state of economic and ecological importance in the forests of the state of Maine,” he said.

To do that, both the Maine and the national chestnut groups are using the traditional “backcross” method of plant breeding. It involves crossing highly resistant Chinese trees with surviving American chestnuts to obtain a hybrid.

The hybrid is then bred to another American chestnut, resulting in a tree that is three-quarters American and a quarter Chinese. Further backcrosses continue to increase the percentage of American chestnut genes in the tree, and to introduce genes from Maine chestnuts.

In perhaps 20 years, the Maine chapter will be able to sell blight-resistant chestnut trees that derive half of their genetic material from native Maine trees, and have just 6.25 percent Chinese genes. “We expect the tress to be fully resistant [to the fungus] and fully American in appearance,” said Evans.

To get there, however, the Maine chapter has to weed out those crosses that have not resulted in blight-resistant trees. At a chestnut orchard in Weeks Mills in late June, more than a dozen members worked to inoculate about 260 seven-year-old hybrids with two strains of the blight. Those that survive, in Weeks Mills and in the group’s other orchards across the state, will be used to continue the breeding program.

The Maine chapter of The American Chestnut Foundation is actively recruiting members and volunteers to help with its work. If you are interested, contact chapter President Glen Rea at (207) 945-9645 or glenrea42@msn.com

For more information on the national chestnut restoration effort, visit www.acf.org. Information written specifically for children can be found at www.charliechestnut.org.

Clark Granger, a retired plant pathologist, stands next to a chestnut sapling growing on his land near China.

Two or three chestnuts are usually found within each bur, which is covered by very sharp spines 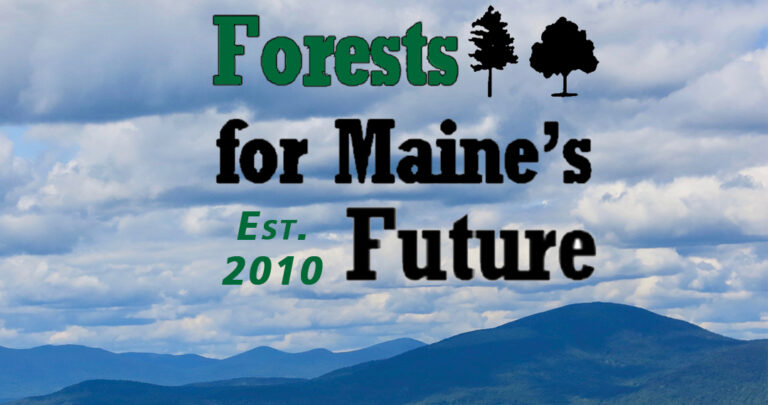 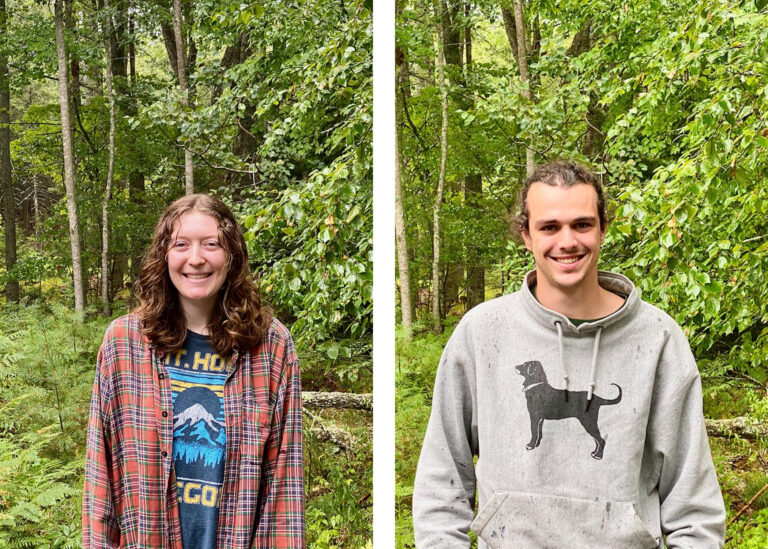 By Marin Harnett and Jack McCann, 2022 Holt Research Forest Summer Technicians We thoroughly enjoyed our time together working at the Holt Research Forest this summer! Despite the warm weather, we continued many of the long-term projects, completed our independent research, and experience the beauty that is a Maine summer. Our time here allowed us…